We made conversions from Mac fonts to PC under windows 10 and we had errors during the conversion. What do they mean? 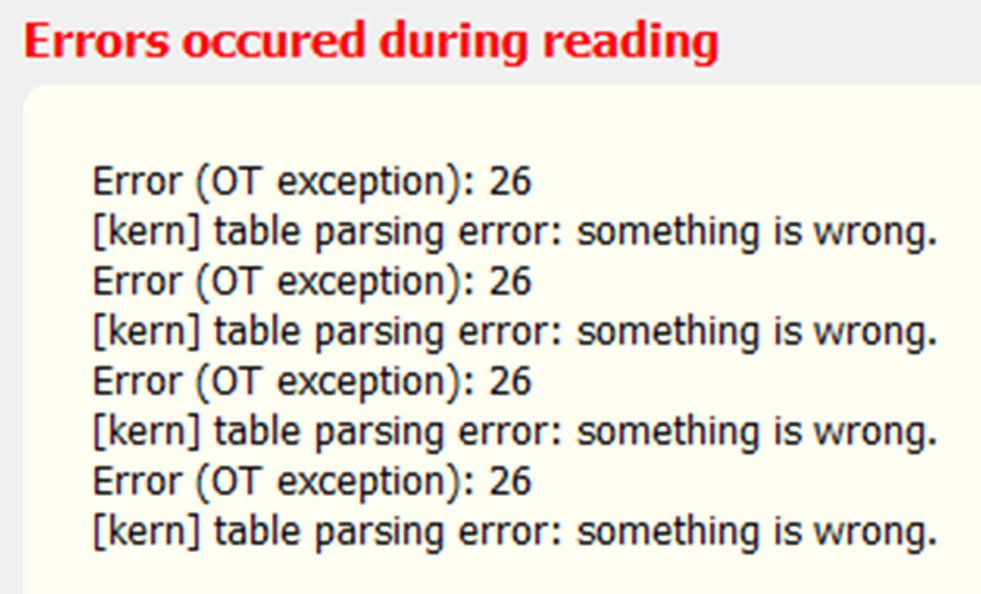 Usually only TTF fonts have the [kern] table with kerning (special spacing between certain glyphs). The error means TransType could not read the table correctly.

This error means TransType could not decompile the OpenType font. This is rather an OTF-CFF2 variable font format which is new and not yet supported by TransType. There is actually no need to convert it from Mac to PC.

OpenType kerning in the GPOS table is too complex for TransType to decompile. Perhaps a bug.

It is rather possible that the original font has no hints and TransType tries to automatically hint the font during conversion. You can see this by comparing the size of the source and the exported files. Fonts with hints may be twice larger. It might fail to autohint the font up to the end if glyphs have too many nodes.
Hinting errors in the source font file are also possible.

Did you find it helpful? Yes No

Send feedback
Sorry we couldn't be helpful. Help us improve this article with your feedback.